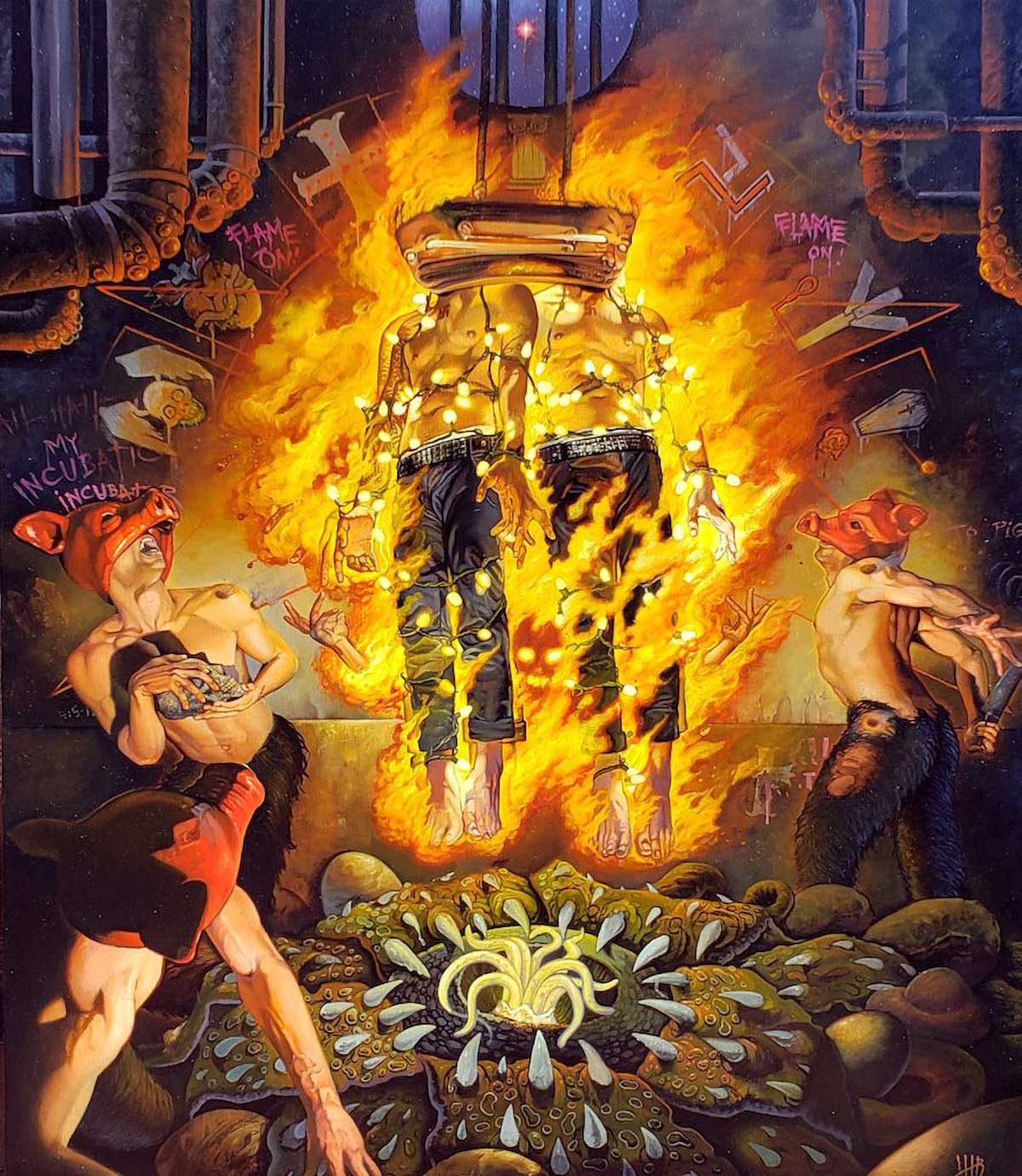 [A note from the artist, Lee Harvey Roswell, as he creates his new body of work, Wild World, from Maui, Hawaii]

Wild World grows out of work I was originally calling, The Birthday Party Hits. These are oil paintings conceived through the interpreting of various songs by legendary Australian post-punk band, The Birthday Party. Though Nick Cave would go on to be known more for creating darkly poetic yet narrative tales in his later work, his youthful writing for The Birthday Party is like wild delirious sketches, lines like quick stabs. I set out to play off those lines as much as possible while coming up with my interpretations to the band’s songs.

From the mental illness and down-and-out destitution of King Ink, the drug-fueled and fetishized eschatological fantasy in Wild World, the bedroom betrayal and hot-blooded murder in 6″ Gold Blade, Sonny’s Burning, with it’s all-consuming ritualistic sacrifice, the victim’s phantasmal revenge in The Killed Waits for the Killer (Deep in the Woods), or the ambiguous nature of a stranger in Friend Catcher… the images and themes culled from those obscure songs were irresistible.

Beyond the Birthday Party Hits-end of Wild World, I’ve continued parading humanity’s underbelly with classic bloody scenes like those in Bacchae and Trusty John, the lonely metamorphosis of an addict in Junk Scene, and a sadistic treat called, Pop-Psycho. I’ve also included new collage work to compliment and round out the horror show. Incompetent monster-dictators, violin-faced war-mongers, diseased saints, and a revolution in hell. 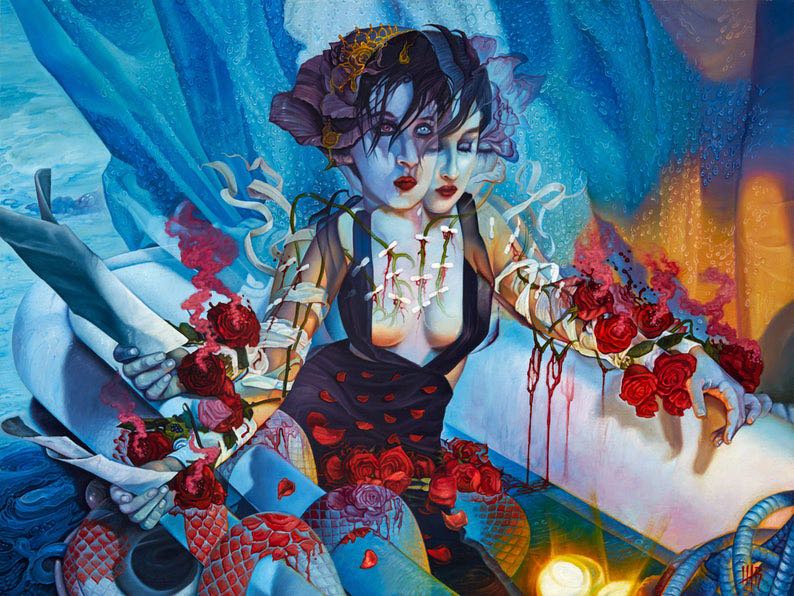 Lee Harvey Roswell is a self-taught artist from Freefall, New York, whose work is noted for its blend of angst and humor. Themes of death and entropy, tribulation and futility run amok in his distinctly surreal, often-slapstick/ often-nightmarish world. The result is at once mocking and melancholic.

Lee now lives in Hawaii & San Francisco, and his work is shown, collected and published internationally.